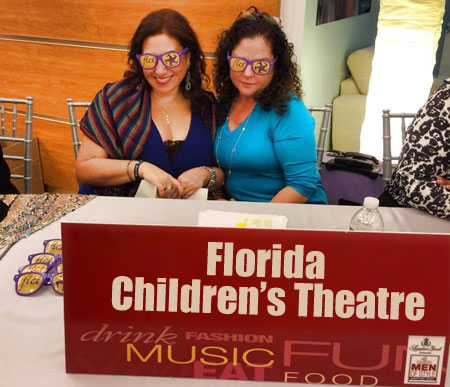 Florida Children’s Theatre, Inc. (FLCT), a 501(c)(3) not-for-profit organization, is an educational center for theatre arts serving children and families across South Florida. The oldest documented children’s theatre in the state of Florida, FLCT was founded in 1952 by two mothers in a garage and was later incorporated in 1959. The theatre quickly grew to be the first cultural organization in Broward County to purchase its own building and the first to perform at Parker Playhouse, the Broward County Main Library Theatre and Dillard Center for the Arts. Each year, FLCT produces a season of five mainstage productions and offers year-round classes in acting, creative drama, and other theatre-related skills. A full range of arts and educational outreach programs, a vibrant summer camp, and a variety of other performances round out the programming. FLCT is now headquartered at the Fine Arts Theatre at Broward College Central Campus in Davie and offers programming at locations across Broward County and beyond, impacting over 25,000 individual each year.

FLCT’s Mission: Teaching the art of life through the magic of theatre.

The theatre’s goals are to:

The theatre accomplishes its goals as it continues to provide this region’s residents and visitors a source of enrichment and enjoyment in the cultural arts. FLCT provides opportunities for young people to participate regardless of economic, cultural or ethnic backgrounds. Each year, over 25,000 children and adults are impacted by FLCT’s programming.

All programming is education based and includes:

2014 named one of “12 Great Children’s Theatre Across the US” by Backstage.com

2008 Best of Fort Lauderdale Award in the Theatres category by the U.S. Local Business Association